The storm, referred to as Dodong in the Philippines, hit land Sunday afternoon at the northeastern tip of the island of Luzon, near the small town of Santa Ana, according to PAGASA, the Philippine government agency that monitors the weather.

Noul's outer bands had lashed Luzon's eastern coast through the afternoon as it drew nearer, packing maximum sustained winds of about 260 kph (160 mph) and gusts as strong as 315 kph (195 mph).

Authorities said they relocated about 3,800 residents of vulnerable areas to evacuation centers ahead of the typhoon's arrival.

No casualties caused by the storm were reported early Monday and the damage wasn't "as significant" as authorities had feared, said Alex Pama, an official at the national disaster management agency.

On Monday, the storm weakened as it started to change direction. Noul's maximum sustained winds were around 195 kph (120 mph), no longer super-typhoon strength.

It's forecast to curve toward the northeast in the direction of Japan's Okinawa Islands, losing strength as it advances.

Ahead of Noul's arrival Sunday, PAGASA had issued its highest storm warning for the northeastern part of Cagayan province and islands off its coast, as well as lower level warnings for the wider region. It said the super typhoon could bring flash floods and landslides.

In Santa Ana, a town of about 30,000 people, fishermen brought in their boats earlier in the day, and businesses boarded up their windows, storm chaser James Reynolds told CNN.

"People here are taking it very seriously," he said.

Over roughly two days, Noul could dump as much as half a meter (20 inches) of rain on some areas, almost the same amount that London gets in a year, said meteorologist Pedram Javaheri.

The rough seas caused by the storm prompted many ships to take shelter in ports, leaving more than 5,000 people stranded across the nation, according to the national disaster management agency.

While Noul has been menacing the northeastern Philippines, Mount Bulusan has been spewing ash in southern Luzon. 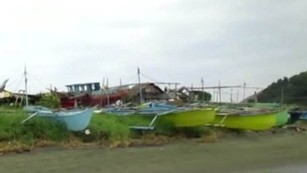 Farmers in Luzon were hoping the storm would weaken while still providing much needed rains after a dry spell in the region, according to the charity World Vision.

Situated in a vulnerable part of the Pacific, the Philippines experiences an average of 20 typhoons a year, five of them destructive, according to the Asian Disaster Reduction Center. (CNN)

North Korea says 'no way' will disarm unilaterally without trust

Florence kills 14 so far, and worst is yet to come

Fear of Foreign Influence in Politics in Nepal

Of course The Subaltern can speak,  The Notion of Subaltern depends on the quantum of fear. .

Blanket: A Motif of Colonial Hegemony of White’s over Native American in Silko's Lullaby

Tattooing in Nepal: Cultural Heritage or a Gender Imposition?

Stepping Out of Comfort Zone

incase you have missed ...